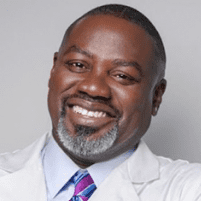 Children with attention deficit hyperactivity disorder (ADHD) aren’t being purposefully defiant; they need specialized support so they can learn to manage the attention and behavior issues they’re truly unable to control. Dr. Dwight A. Owens at Peachstate Psychiatric Services has extensive experience evaluating children and developing a customized treatment plan that gets their life back on track. If you have concerns about your child’s behavior, call the office in Atlanta or book an appointment online.

What do you need to know about ADHD?

ADHD is a neurodevelopmental disorder that affects boys and girls, but it occurs more frequently in boys. The symptoms usually appear before the age of 12, and the condition can persist into adulthood.

For parents, it’s important to know that children with ADHD aren’t being willfully defiant. They have a condition involving a brain chemical imbalance that makes it hard to keep their behavior under control. As a result, they struggle through many aspects of life at home and in school.

What are the symptoms of ADHD?

ADHD is defined by three categories of symptoms: inattentiveness, impulsivity, and hyperactivity. Children with ADHD persistently struggle with paying attention and may or may not have the hyperactivity-impulsivity component.

The behaviors associated with each category include:

How is ADHD treated?

Medications are often the first line of treatment because they effectively reduce hyperactivity and impulsivity and improve your child’s ability to focus. With medical support, it’s easier for children to ignore distractions and become successful at school and at home.

Generally, stimulants are prescribed to treat ADHD. This sounds like the opposite of what a hyperactive child needs, but these medications boost the chemicals in the brain that are essential for focusing and paying attention.

Behavioral therapy is often beneficial because it teaches children to monitor their actions, helping them control inappropriate behaviors and emotions like anger.

If your child struggles to pay attention or seems hyperactive or impulsive, call Peachstate Psychiatric Services or book an appointment online.